The 5 Real Estate Trends That Will Shape 2016, According to Realtor.com.

Get ready to break out the Cristal: We had a great 2015—the best year for housing since 2007. Realtor.com® projects an even better year in 2016.

How so? Well, with economic growth chugging along, employment will continue to increase, meaning that people will have more money coming in and they’ll be able to buy their first home or upgrade to a new one.

Here’s a closer look at the trends that will have the greatest impact on the housing market in 2016.

The year ahead will see healthy growth in home sales and prices, but at a slower pace than in 2015. This slowdown is not an indication of a problem—it’s just a return to normalcy. We’ve lived through 15 years of truly abnormal trends, and after working off the devastating effects of the housing bust, we’re finally seeing signs of more normal conditions. Distress sales will no longer be playing an outsized role, new construction is returning to more traditional levels, and prices rise at more normal rates consistent with a more balanced market.

2. Generational shuffle will make 2016 the best year to sell in the near future

Millennials emerged as a dominant force in 2015, representing almost 2 million sales, which is more than one-third of the total. This pattern will continue in 2016 as their large numbers combined with improving personal financial conditions will enable enough buyers between ages 25 and 34 to move the market—again. The majority of those buyers will be first-timers, but that will require other generations to also play larger roles.

Two other generations will also affect the market in 2016: financially recovering Gen Xers and older boomers thinking about or entering retirement. Since most of these people are already homeowners, they’ll play a double role, boosting the market as both sellers and buyers. Gen Xers are in their prime earning years and thus able to relocate to better neighborhoods for their families. Older boomers are approaching (or already in) retirement and seeking to downsize and lock in a lower cost of living. Together, these two generations will provide much of the suburban inventory that millennials desire to start their own families.

Assuming that most of these households will both sell and buy, it is important to recognize that 2016 is shaping up to be the best year in recent memory to sell. Supply remains very tight, so inventory is moving faster. Given the forecast that price appreciation will slow in 2016 to a more normal rate of growth, delaying will not produce substantially higher values, and will also see higher mortgage rates on any new purchase.

One aspect of housing that has not recovered yet has been single-family construction. Facing higher land costs, limited labor, and worries about depth of demand in the entry-level market, builders have shifted to producing more higher-priced housing units for a reliable pool of customers. That focus caused new-home prices to rise much faster than existing-home prices. Builders were able to be profitable and grow by following this move-up and luxury strategy, but their growth potential was limited by avoiding the entry level. That should begin to change in 2016.

We are already seeing a decline in new-home prices for new contracts signed this fall. In addition, credit access is improving enough to make the first-time buyer segment more attractive to builders. We’re looking for the strong growth in new-home sales and single-family construction as builders offer more affordable product in the year ahead. Consumers of all types should consider new homes, but availability will be highly dependent on location.

4. Higher mortgage rates will affect high-cost markets the most

We told you mortgage rates would go up in 2015, and they did—but they also went back down. We expect similar volatility in 2016, but the move by the Federal Reserve to guide interest rates higher should result in a more reliable upward trend in mortgage rates.

Thirty-year fixed rates will likely end 2016 about 60 basis points higher than they are today. That level of increase is manageable, as consumers will have multiple tactics to mitigate some of that increase. However, higher rates will drive monthly payments higher, and, along with that, debt-to-income ratios will also go higher. Markets with the highest prices will see that higher rates will result in fewer sales; however, across the U.S., the effect will be minimal as the move to higher rates will spur more existing homeowners to sell and buy before rates go even higher.

5. Already unaffordable rents will go up more than home prices

The housing crisis that politicians are ignoring is that the cost of rental housing has become crushing in most of the country. More than 85% of U.S. markets have rents that exceed 30% of the income of renting households. Furthermore, rents are accelerating at a more rapid pace than home prices, which are moderating. We’ve been seeing asking rents on vacant units increase at a double-digit pace in the second half of this year.

Because of this, it is more affordable to buy in more than three-quarters of the U.S. However, for the majority of renting households, buying is not a near-term option due to poor household credit scores, limited savings, and lack of documentable stable income of the kind necessary to qualify for a mortgage today.

This trend does not bode well for the health of the housing market in the future. It will only improve if we see more construction of affordable rental housing as well as more of a pathway for renters to become homeowners. 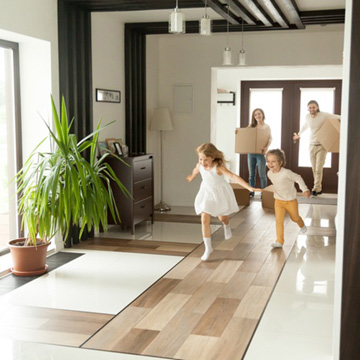 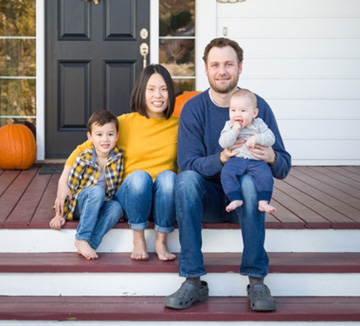